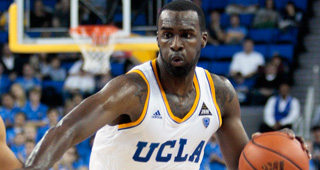 Shabazz Muhammad was sent home from the NBA's Rookie Transition Program for violating of a rule and bringing a female guest into his hotel room.

Muhammad will also be fined and return next summer to complete the program with the 2014 draft class.

Mario Chalmers and Darrell Arthur were expelled after it was discovered women and marijuana were in the room.

Muhammad was the 14th overall pick in June's draft.