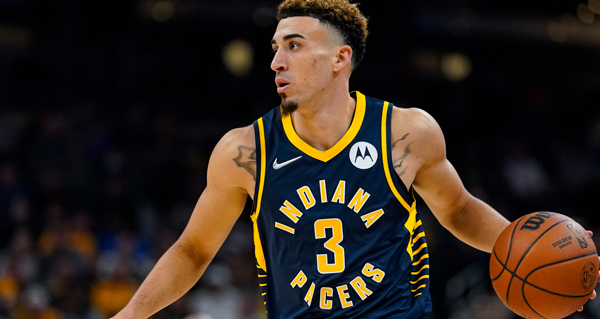 The Indiana Pacers are reportedly open to the idea of trading second-year wing Chris Duarte. Rival teams have indicated that Indiana has been willing to discuss Duarte in talks leading up to next month's trade deadline.

After a solid, but injury-plagued, rookie season, Duarte has been unable to find the same traction this season. He's been in and out of the lineup with injuries and has seen his role reduced in the Pacers wing-heavy rotation.

The lack of minutes, combined with the injuries, has resulted in a big drop in production for Duarte. Still, the 25-year-old can score and shoot, along with showing signs of being a solid defender, rebounder, ballhandler and passer. Duarte has two more seasons left on his rookie scale deal after this season, making him a logical target for a team looking for wing depth.