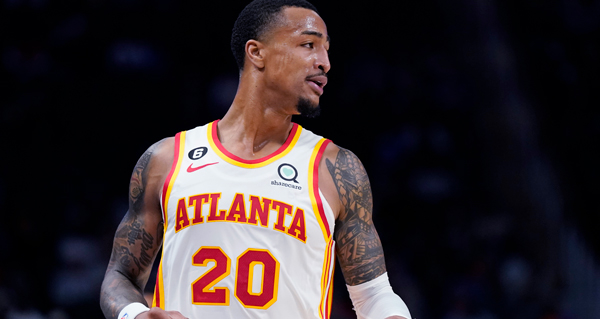 The Indiana Pacers have nearly $28 million in remaining cap space a month out from the NBA trade deadline. That makes the Pacers a popular trade partner for almost every team in the league.

However, Indiana is also making a playoff push. That has the Pacers looking at upgrading their roster, ideally by adding a young forward. And that desire has Indiana linked to John Collins of the Atlanta Hawks.

The Hawks have struggled this season, and Collins has been in trade rumors since last summer. Atlanta has been rumored to be interested in moving Collins and the $102 million he's owed from this season through the 2025-26 season.

Given Indiana could absorb the entirety of Collins' $23.5 million salary this season with ease, it makes them a natural trade partner for Atlanta. The question comes with what the Pacers could send the Hawks, beyond the ability to rebalance their cap sheet.