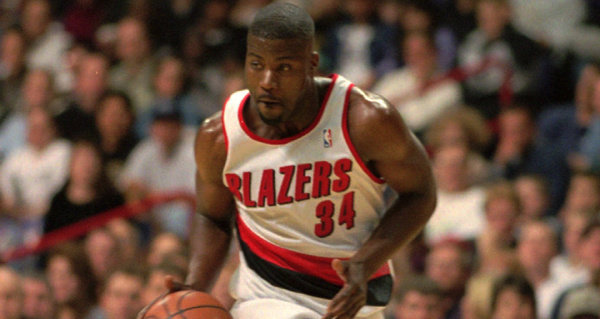 Unacceptable vice became halftime Pall Malls, and then postgame Bud Lights and pregame carbo-loading, riding jetskis and getting fat in the offseason, red meat and chain pizza, skipping media training, not knowing the out-of-bounds play, showing up for practice with casino smell in your hair. There are no hard and fast rules, if you perform you get gametime, but in the way a meteorite hurtles earthward trailing detritus, shorn down by the point of impact to something smooth, hot, and hard, athletes are getting more state-of-the-art all the time. Sharper discipline and more wide-ranging abstention, chicken breasts over brown rice, armory-sized personal gyms, apps that track your diet and your film study habits. As metallurgy, linguistics, and medical science advance so too does the field of extracting what you need from your workers. Basketball beats a million other jobs, you’re practicing a craft and the paycheck is massive, but there is still an exhausting amount of answering to someone else, of being managed. It’s a peculiar existence too, like you’re working for Ford and your employee I.D. reads LeBron James, Sport Utility Vehicle.

It’s a mixed bag, the collection of athletes who have stood athwart this optimization process. Cocaine casualties in the 80s and ornery pothead screwups in the 90s and early aughts, the modern internet-sick crowd, timeless drinkers who get after it with aplomb and ones with capitalized, career-derailing Problems, prep schoolers failed by impatient coaches and chaotic organizations, headstrong ideologues and difficult artist types, reckless idiots and bona fide criminals, Shaq rehabbing on company time and Barkley gambling until dawn, nascent stars getting ahead of themselves, the preternaturally late, dudes who simply don’t want to work that hard, the boisterous and irresponsible, the rageful and truly unhappy, the mentally ill. Some of them are malignant, some cosmically snakebitten. You tend to loathe these guys or kind of admire them, sometimes for reasons that don’t make much sense. Maybe you dream of putting up 18 a night without changing your grooming habits. Maybe you’re drawn toward the stubborn and strange. A lone figure peels off from the crowd, and you point, as a child does at a firework or a colorful fish: lookit that one.

J.R. Rider, for instance. He entered the league in 1993 coming off a rough Oakland upbringing and with a record drenched in red ink. He flunked out of high school, muddled through community college, and only sort of attended UNLV for a couple seasons as the program was sweating off recruiting violations. He also went fifth overall to the Timberwolves. He was outrageously talented. The 90s were thick with scoring guards who were simultaneously awesome and brutally inefficient. Every second team All-ACC sophomore thought they could show up in the pros and deliver from the midrange like Jordan. For the most part they were wrong, but Rider had the necessary tools. He was 6-foot-5, powerfully built, and had a hideous yet devastating shooting stroke. He pushed slimmer guards around and launched jumpers over the ones he couldn’t bully. This included Jordan himself: Rider averaged nearly 24 points per game on 45.8 percent shooting against M.J., who told one of Rider’s childhood friends that the NBA “could be [J.R]’s league” someday.

Had he been as motivated against every opponent as he was against Jordan, that prediction might have come true, but Rider preferred to coast. Most nights, he would get his points and play only as much defense as it took to stay on the floor. He was a strong finisher at the rim, but in the process of getting there, he turned the ball over too often. He wasn’t a bad passer, but had little interest in setting up his teammates. He could have been a dominant rebounder at his position, but rebounding is an effort stat, and J.R. wasn’t about effort.

This wouldn’t have been a huge problem if Rider wasn’t also a disaster off the court. In the space of a single summer in 1996—not coincidentally the same one during which he was traded from Minnesota to Portland—he got arrested for something stupid (letting a friend stash stolen cell phones in his car) and something despicable (an alleged sexual assault). This was his chronic condition: being in the wrong place at the wrong time and occasionally doing stuff that was genuinely appalling. He got caught smoking weed in public several times, regularly missed the team bus, and once kicked the female manager of a sports bar after she told him to leave. Teammates got used to having to apologize on J.R.’s behalf because he was no cinch to show up for media obligations.

Despite all this, his colleagues were quick to express that they really liked him as a person. Kevin McHale characterized Rider this way: “95 percent of the time he’s a great guy to be around… it’s like having a friend who’s always late to pick you up. You still want him as a friend, but you stop asking him for a ride.” Kevin Garnett credited J.R. with helping him adjust to the NBA out of high school. P.J. Carlesimo, not exactly generous with praise, called him “an intelligent guy” and “great to coach.”

This innate charm wasn’t enough to save him. J.R. was treated, not unfairly, as a toxic asset for the bulk of his career. He lasted three years in Minnesota and spent three more in Portland as a decorated Jail Blazer. (His most colorful transgression: walking out of the arena mid-game and the next day launching into a mostly correct but not terribly timely rant about racism in the Pacific Northwest.) He didn’t survive a full season in Atlanta, where Lenny Wilkins thought he could get through to him but realized J.R. wasn’t much of a listener. When he initiated the offense “guys would stop running because they didn’t think they were going to get the ball,” Wilkins said. He also missed a handful of shootarounds. Instead of suspending him for the third time in three months, the Hawks elected to waive him in March of 2000. And that was about it for Rider’s career. He was a bench guard for the title-winning Lakers the following season but was left off the playoff roster. (Phil Jackson lost faith in J.R. after he got destroyed by Kobe in an infamous one-on-one game.) His final NBA appearance was an eight-minute 2-for-4 performance for the Nuggets in November of 2001.

Rider played during an era in which troubled athletes were easy to write off. At the nadir of his time in Portland, a huffy Oregonian columnist suggested that the Blazers should unilaterally terminate his contract and “if he doesn’t like it, let him sue.” Rider wasn’t reliable and had glaring anger issues, but he also wasn’t treated particularly well. He was an impressive advocate for himself when he could be bothered to deal with the press, and one thing that he repeated, usually as a means of explaining a recent arrest or as a non-apology for some threat muttered at a beat writer, was that he grew up in the projects. If this was not a sufficient answer to accusations both loaded and credible, it did contain some essential truth. J.R. was saying that he couldn’t cleave himself from his experiences, and that he wouldn’t do so even if that were possible. He wasn’t trying to show up late for practice, or get pulled over with contraband in his car, or gripped in some brainless late night rage make several bad decisions in the span of a minute, but he wasn’t trying to become somebody else either.

“People think I'm this gangbanger, this monster, and I'm not,” Rider said during his first season with the Blazers. “It's just that they don't know me, they don't understand where I'm coming from.” That’s both a fact and an excuse. Ultimately, J.R. had too many excuses. He failed to make himself understood, and others failed to understand him. But his incoherency wasn’t total. You could glimpse something spectacular in his sporadic effort, his brief spells of best behavior. He would drive the lane and leap with that improbably heavy buoyancy that very few basketball players have. Like: when he comes down, he’s going to crash right through the hardwood. Defenders couldn’t contain him, he couldn’t contain himself. An entire league of bosses, teachers, and allies couldn’t hold him. If you can say anything about J.R. Rider definitively, it’s that he was out of control.