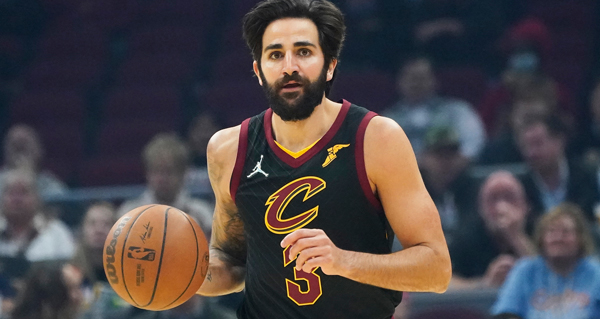 The Cleveland Cavaliers are on a 52-win pace at the regular season's halfway point. And the Cavs rotation should get strong very soon.

Cleveland coach J.B. Bickerstaff said that Ricky Rubio is "really close" to returning to the lineup. The veteran point guard has yet to play this season after tearing his left ACL at the end of 2021.

Rubio was off to a great start for the Cavaliers before in the injury last season. He had equaled his career-high by scoring 13.1 points and was handing out 6.6 assists in 28.5 minutes per game. Rubio was traded to the Indiana Pacers for Caris LeVert ahead of last season's trade deadline. He re-signed with Cleveland this offseason after his contract expired with Indiana.