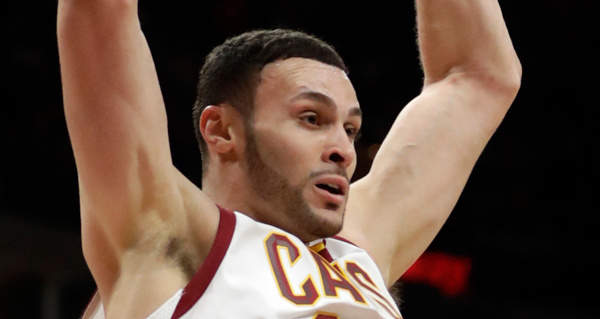 Larry Nance Jr. has a preexisting condition that will make him more vulnerable to COVID-19 and he's hoping the NBA will consider people like him when they restart games.

Nance has Crohn's disease and uses a therapy that enables him to play basketball but also surpasses his immune system.

"I would hope there would be an understanding [from the league] if someone didn't feel comfortable coming back that'd you get a pass," Nance said. "Just because you may look like the picture of health, some people have issues you can't see."

Nance had recently played against Rudy Gobert before the Utah center tested positive for COVID-19. Nance was "absolutely terrified" following Gobert's positive test. Nance's fears have since been calmed after he learned more about the virus.

"I'm paying super close attention to everything that is going on," he said. "I was watching the German soccer league over the weekend and seeing how the players were interacting with each other and still seeing them make a lot of contact. I can't even imagine being on one of those calls trying to hash this out. There's so many ways to spread this."

Kevin Love said he would have to get used to practicing under the new distancing regulations, describing his return to the Cleveland Cavaliers practice facility "just weird."

Cavs players returned to the practice facility for the first time since the league was suspended in March.

"Was it weird? Yeah. I had [Cavs assistant coach] Dan Geriot at my basket and having him rebound and pass me the ball with a mask and gloves on. It's just odd. It's just weird," Love said.

Players and team personnel must stand 12 feet apart under new guidelines, with only four players allowed inside the facilities at one time.

Love added that returning to practice gave him a sense of normalcy.

"For me, I played 25-ish years of organized basketball and this is the longest I've ever gone without touching [a basketball]. And it's something I really, really enjoy doing. ... Going out there and having some sense of normalcy and getting on the court and actually shooting was pretty uplifting."

The NBA has informed teams that they can re-open their practice facilities on May 8th if their city has loosened restrictions on social distancing.

The Cavs, Nuggets, and Blazers are among teams who will re-open their facilities.

J.B. Bickerstaff said that Cavs coaches will wear masks and gloves, with players and coaches required to stand 12 feet apart.

The Mavs and Lakers, meanwhile, will hold off on re-opening their facilities.

Los Angeles currently has a stay-at-home policy until May 15th. Frank Vogel did not have a firm date on when the Lakers would return, but said he was not concerned by certain teams returning early from a competitive standpoint.

"There's a competitive balance element to this that I personally am not really all that concerned about. I think we're still a long way away from returning to play," said Vogel.

Mark Cuban added that he was not comfortable with the Mavs returning without widespread testing, and that he has no immediate plans to re-open facilities.

Craig Ehlo said he had no recollection of Ron Harper's desire to cover Michael Jordan during the final seconds of the Cleveland Cavaliers loss to the Chicago Bulls in Game 5 of their first round series in the 1989 playoffs.

Ehlo said he was "shocked" when he heard the comments from his ex-teammate during Sunday's episode 3 of "The Last Dance" documentary when it flash backed to 'The Shot'.

“I never said I was a Jordan stopper like Gerald Wilkins or anything,” Ehlo said during an extensive call with cleveland.com this week. “But back then Harp and me were on the court at the same time and he was our big offensive threat. So, when I came in it was a no-brainer that I would guard Jordan so Harp could rest on defense and play on offense.

“Harp had never really talked about defense or guarding people. He wasn’t a bad defender, I will give him that much, but I think those years with the Bulls where he got those championships, he was definitely third or fourth fiddle, so all of a sudden he becomes this lockdown defender, apparently. I don’t really remember him during our time wanting to play defense that much. He kind of shocked me with those comments, saying he wanted to guard Michael.”

Harper explained his side of the story during the documentary.

The New York Knicks are moving closer to hiring Brock Aller as their new capologist.

Aller currently works for the front office of the Cleveland Cavaliers.

The Knicks hired Leon Rose to run their front office earlier this offseason.

Andre Drummond is 'likely' to pick up his $28.7 million player option for next season, league sources told Chris Fedor of cleveland.com

Fedor adds that the Cavs, who acquired Drummond at the trade deadline, were not given any assurances from Drummond about his future before the trade.

Drummond fits with the Cavs plan having of a rim protector on defense and a lob threat on offense to help develop their young players.

The Cavs could go over the cap in re-signing Tristan Thompson due to having his Bird rights. The team also has its mid-level exception to strengthen next season's roster.

The Cleveland Cavaliers are interested in Deni Avdija heading into the 2020 NBA Draft, according to Chris Fedor of cleveland.com

Fedor adds that the Cavs had done "extensive work" in scouting Avdija, who currently plays for Maccabi Tel Aviv.

Koby Altman, assistant GM Mike Gansey, and director of scouting Brandon Weems have each made overseas trips to watch Avdija in person.

Onyeka Okongwu is also an intriguing prospect for the Cavs, with Altman watching a USC practice and game earlier this season.

The New York Knicks have identified Brock Aller as a strong candidate to join their front office under Leon Rose.

Aller is currently a apologist for the Cleveland Cavaliers. Aller served as a personal assistant to Dan Gilbert for 10 years before this promotion in 2017 to senior director of basketball operations.

“(Aller)'s probably one of the finer capologists in the league,” Gilbert told Cleveland.com in 2017. "He knows more about the cap than probably PricewaterhouseCoopers knows about the IRS code. He lives with the cap, with the collective bargaining agreement.

"He comes up with ideas on things that the league has never heard of, they have to go into their committees to check if it's OK or not. He's sort of a savant with this. He's a space-creator, the kind of space that (Cavs GM Koby Altman) will need in the cap. He was involved in probably every trade the last few years in a creative sense.”

The Jazz played the aforementioned teams within the last 10 days.

The Thunder, set to play the Jazz, were cleared to leave Chesapeake Energy Arena.

Jazz players are set to remain at the arena after they were tested for coronavirus and await results. 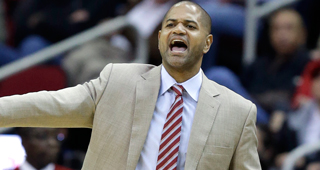 J.B. Bickerstaff has agreed to a multi-year deal to remain head coach of the Cleveland Cavaliers.

Bickerstaff was hired as an assistant coach this past offseason with the expectation he would eventually succeed Beilein.

John Beilein Gave Up More Than $12M In Guaranteed Money

John Beilein, Cavs Expected To Reach Decision On Beilein's Future Within Next 24-48 Hours