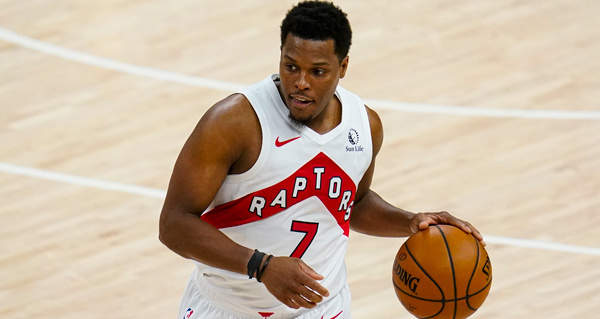 The Lakers pursued a trade for Lowry at the deadline but were unable to agree to terms with the Toronto Raptors.

Dinwiddie also grew up in the Los Angeles area and is recovering from a partially torn ACL. Dinwiddie declined his $12.3 million player option for 21-22 with the Brooklyn Nets.

The Lakers would likely need to work on a sign-and-trade in order to acquire either Lowry, DeRozan or Dinwiddie. 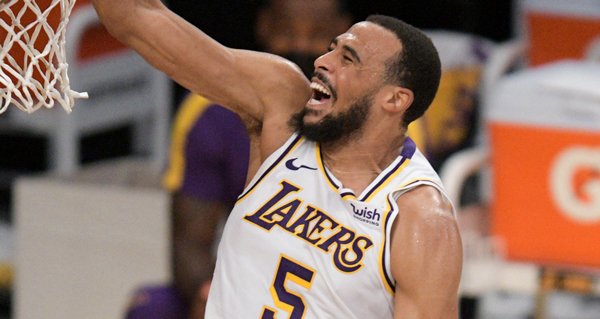 The Los Angeles Lakers have extended a qualifying offer to Talen Horton-Tuckers, making him a restricted free agent.

The qualifying offer for Horton-Tucker is $1.9 million.

The Lakers have "early Bird rights" and can re-sign Horton-Tucker for a contract that projects to start at $10.4 million, according to Marks. The contract must last a minimum of two seasons. 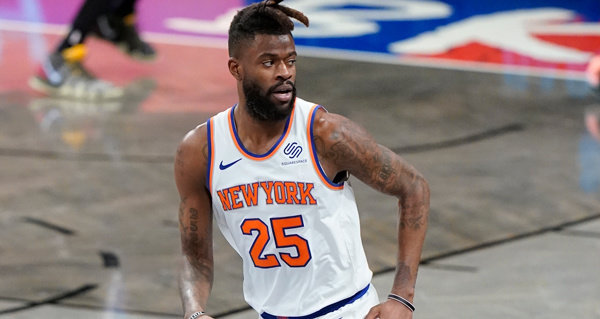 Reggie Bullock is expected to receive interest from a number of teams in free agency.

While the New York Knicks would like to retain Bullock, the Boston Celtics, Philadelphia 76ers and Los Angeles Lakers will also pursue him.

Bullock would prefer to stay with the Knicks and will likely seek a three-year deal. Bullock will likely command the full mid-level exception of $9.23 million. 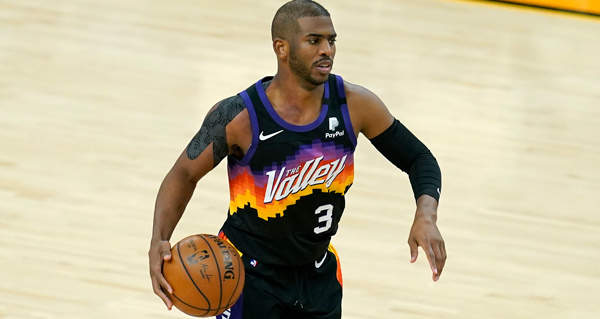 The Los Angeles Lakers are interested in acquiring a veteran point guard, sources tell Marc J. Spears of The Undefeated.

Chris Paul and Russell Westbrook are on the Lakers' list.

For the Lakers to acquire Paul, it would likely require the Phoenix Suns to participate in a sign-and-trade. The Lakers can only offer Paul a starting salary of $9.5 million with their taxpayer midlevel of exception. Paul orchestrated an opt-in and trade in leaving the Los Angeles Clippers for the Houston Rockets in 2017.

If the Lakers were to acquire Westbrook, it would be via trade with the Washington Wizards likely involving Dennis Schroder, Kyle Kuzma and Talen Horton-Tucker.

Paul and Westbrook were traded for each other in 2019.

The San Antonio Spurs and Los Angeles Lakers previously had interest in hiring Nico Harrison for a front office position. Harrison was recently hired away from Nike to run the front office of the Dallas Mavericks. The Mavericks hired Harrison to replace Donnie Nelson.

The Spurs instead elevated Brian Wright to general manager in 2019.

It is not known when the Lakers pursued Harrison, but they knew him well after his extensive work with Kobe Bryant. 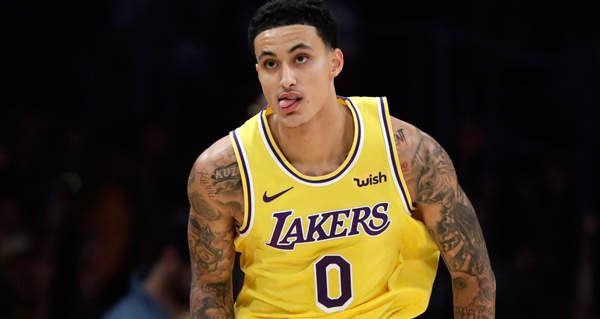 Kuzma signed a three-year, $40 million extension with the Lakers before the 20-21 season. 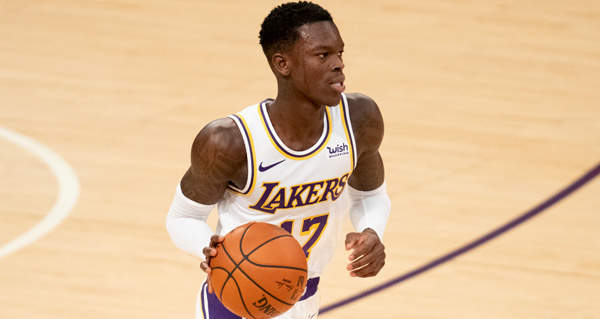 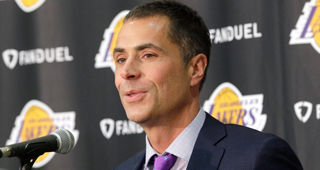 The Los Angeles Lakers are seeking "one more difference-making playmaker" this offseason that would allow LeBron James and Anthony Davis to play more at power forward and center.

The Lakers have had a deep center rotation in each of the past two seasons despite the fact that their best lineup features James and Davis at the two big positions.

The Lakers let Dwight Howard and JaVale McGee depart in 2020, replacing them with Marc Gasol, Montrezl Harrell and eventually Andre Drummond. Harrell played sparingly in the Lakers' first round series against the Phoenix Suns.

Marc Stein of Substack adds that the Lakers could pursue Lonzo Ball as a potential target for the strategy.

During a podcast interview, LeBron James spoke about how he would like to finish his career with the Los Angeles Lakers.

James is currently under contract until 2023 after signing an extension following the 19-20 season. 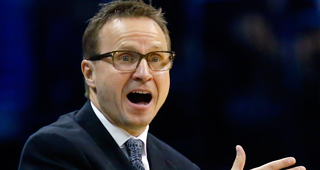 The Lakers recently hired David Fizdale to replace Jason Kidd on the staff.

Jason Kidd Will Be 'Prime Candidate' For Mavericks

LeBron James To Switch From No. 23 To No. 6 Next Season

Lakers Promised Starting Job To Andre Drummond Before Signing Him