Present Versus Future In The Eastern Conference 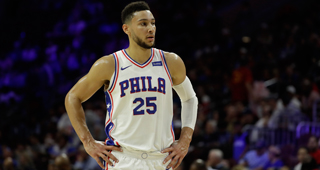 The Eastern Conference Finals are going to be a matchup of the conference’s present versus its future. These terms are exceedingly fleeting in NBA rhetoric. The present is practically the past, and the future is only universally embraced in the brief moments before it’s about to become the present.

The stakes for the Cavaliers and the Raptors are high, because you can only try to run things back so many times before the future really does catch you. LeBron James might leave Cleveland this summer, likely ending their contender status until another once-in-generation-player is born within 50 miles of the city. Despite one of the league's best supporting casts, the Raptors still rely on maximum production from a pair of star players who have played a combined 19 seasons in the NBA.

It’s now-or-never for both of these teams, and they have enough talent to talk themselves into now.

On the other hand, what could you possibly say that could kill the high of Celtic or Sixer fans? They are both two of the eight best teams in the league, and they are in position to get drastically better as soon as next season. The Celtics are being led by Al Horford, and a trio of players in Terry Rozier, Jaylen Brown, and Jayson Tatum who are 24, 21, and 20 years old respectively. They are playing without Kyrie Irving and Gordon Hayward. The most universally praised coach this side of Greg Popovich runs the show.

The Sixers are reaping the benefits of The Process a year or two earlier than anyone expected. They have two comically talented players in Joel Embiid and Ben Simmons, and the cap space to sign another superstar in the offseason.

But no one is ever truly playing with house money. That notion is just as much a fallacy in the NBA as it is at the roulette table. The young team that has to go down fighting in the playoffs before emerging as a champion is a narrative that’s disproven as often as it’s validated. Since 2000, the Kings, Suns, and Thunder all took their apparently obligatory bumps and never reached the light at the end of the tunnel. The Warriors had their coming out party and championship parade in the same year.

Point being, a young team’s narrative doesn’t mean anything in the moment, and past, present and future are just words for talking about.

The fact that both of these teams expect to dominate the Eastern Conference for the next decade already ensures that one of them won’t.

The return of Kyrie Irving and Gordon Hayward will obviously make the Celtics better, but the ceiling of that improvement is only limitless while it’s still in the abstract. Both suffered severe or recurring injuries that have the potential to resurface. Rozier’s emergence isn’t guaranteed to sustain itself when Irving is back as the starting point guard. Losing Marcus Smart in the offseason would leave them one Horford injury away from dulling their defensive identity.

The Sixers’ next big move will officially end The Process in the sense that it will finally be time to care about results. So it has to be the right move. They will no longer be afforded mulligans. The injury history of Embiid and Simmons is also hard to ignore for such young players.

Worst-case scenarios are only worst-case scenarios, and both the Celtics and Sixers should be good and fun and dangerous for years to come. But they already are all three of those things. So if the narrative is pointless and often false, then we can ignore it, or we can flip it as we so choose. There are real ramifications to the Raptors or Cavaliers being eliminated from the playoffs at any point. Decisions will be made based on those results. So, maybe, we should be looking at these young teams as the block in the road for them. They’ll either push through or be usurped before they were ready for it.

The Celtics and Sixers are already here, so now is as good of a time as any. And if the winner among them really wants to start impacting the Eastern Conference they can start by killing off the most dominant competition. A failure to make the Finals could confirm LeBron’s exit from Cleveland, and the possibility of the Raptors blowing it all up only becomes more plausible if they lose to a team poised to keep getting better. It would be a cruel fate for Toronto to finally beat LeBron but not reach The Finals at the hands of a young team arriving one or two years too early.

Meanwhile, a trip to the Finals not only puts the Sixers or Celtics four games away from a championship, it also makes them unrivaled free agent destinations.

In a few weeks, we’ll find out if the winner between the Sixers and Celtics can handle a contender pushed by that kind of pressure to win. If they can, the future will be bright, but the conference will already be theirs.