James Wiseman is taking a unique path to the NBA after playing just three games in college before leaving Memphis to prepare for the 2020 draft.

"Most executives league-wide see (Wiseman) as a likely top-five pick, and as one of the favorites to end up in the top-three," reports Sam Vecenie of The Athletic.

Wiseman could drop further depending on how the lottery plays out.

The Cleveland Cavaliers and Atlanta Hawks possibly filled their need at center at the deadline, which puts their interest in Wiseman into question. The Minnesota Timberwolves and New York Knicks have young centers already in place in Karl-Anthony Towns and Mitchell Robinson.

The Golden State Warriors are difficult to predict, but are expected to consider trading the selection depending on who becomes available on the market.

James Wiseman has signed with Excel Sports for his professional representation.

James Wiseman has left Memphis and will sign with an agent to begin preparing for the 2020 NBA Draft.

Wiseman received a 12-game suspension from the NCAA and was scheduled to be eligible again in January.

Wiseman is expected to be a top-five pick in the draft. 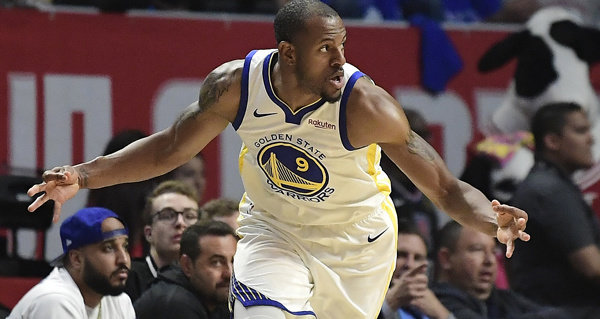 Iguodala currently remains in limbo with the Memphis Grizzlies as they attempt to trade him.

The Clippers, unlike the Lakers, can trade a first round pick in a trade.

James Wiseman has been suspended for 12 games by the NCAA and will return on Jan. 12.

Memphis announced that it will appeal the NCAA's decision based on "case precedent, the circumstances of this case and other mitigating factors."

"We expect a more fair and equitable resolution, and we will exhaust all avenues on James' behalf. James will not compete in this evening's contest," the school said in a statement.

James Wiseman could be forced to sit out the remainder of his freshman season at Memphis due to eligibility issues, but NBA executives don't believe it will have a dramatic impact on his draft stock.

“Will him sitting the year impact him a spot or two? Maybe,” one high-ranking team official said. “But it isn’t impacting his financial base. He is known as a talent.”

Wiseman is widely considered the best big man in 2020 NBA Draft and has been a candidate to be selected first overall.

Sources tell The Athletic that Memphis is optimistic Wiseman will miss fewer than nine games. Wiseman intends to re-file his lawsuit against the NCAA and Memphis if his season is not saved.

James Wiseman has withdrawn his lawsuit against Memphis and the NCAA. Wiseman is now awaiting a resolution from the NCAA.

Wiseman is a freshman at Memphis and a candidate to be the first overall pick in the 2020 NBA Draft.

Wiseman has been ruled ineligible for receiving improper benefits from Penny Hardaway before Hardaway was hired as head coach. Memphis has supported Wiseman's suit even while named as a defendant. The suit claims Wiseman didn't know about the money given to his family in the summer of 2017 to help with moving expenses.

Wiseman was ruled ineligible by the NCAA earlier in the day, though a Shelby County judge halted the NCAA's ruling.

The NCAA issued a statement responding to Wiseman playing in the game, writing "The University of Memphis was notified that James Wiseman is likely ineligible. The university chose to play him and ultimately is responsible for ensuring its student-athletes are eligible to play."

Memphis coach Penny Hardaway provided $11,500 in moving expenses for Wiseman's family to move to Memphis. The NCAA ruled that Hardaway was a booster at the time.

Attorneys representing Wiseman intend to have conversations with the NCAA early next week.

James Wiseman has been ruled ineligible by the NCAA.

Wiseman is a potential candidate to be the first overall pick in the 2020 NBA Draft.

Wiseman is a freshman at Kansas.

"The Memphis Tigers are excited to invite NBA teams to our 2019 pro day. They will find a wide range of players with different specialties. We would like for front offices to get a firsthand look at our student-athletes before the season to become familiar with our roster and track their improvements throughout the 2019-20 season," said Hardaway.

The pro day will have a similar format as NBA draft workouts. Memphis will also open their practice the following day.

The Tigers currently have the #1 recruiting class according to ESPN.

Rejean 'Boogie' Ellis Commits To Memphis
Ellis adds to one of the top-ranked recruiting classes in the country.