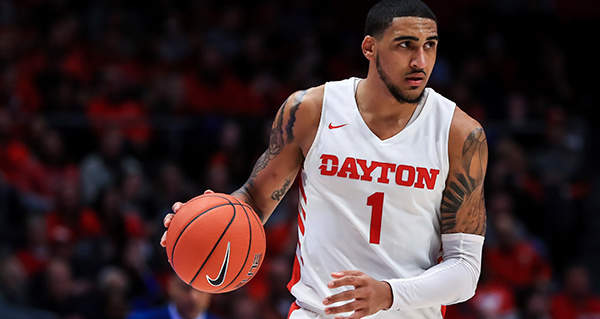 Obi Toppin and Sabrina Ionescu were awarded the Naismith Trophy as the most outstanding players in college basketball.

Toppin, who was also named the Player of the Year by The Associated Press, averaged 20.0 points and 7.5 rebounds per game for the Dayton Flyers.

Obi Toppin is leaving Dayton after his sophomore season for the 2020 NBA Draft.

"I hope everyone is safe and healthy during the current situation going on in the world, the COVID-19. I would like to share the news with you guys that I will be signing with an agent and foregoing my college eligibility by entering the 2020 NBA Draft," Toppin said.

Toppin is currently the ninth ranked prospect by ESPN.