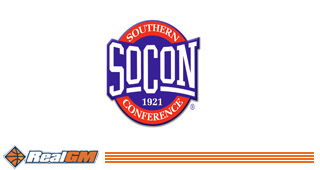 Karl Cochran was named Tournament MVP and was joined on the All-Tournament Team by De'Mon Brooks, Brandon Boggs, James Sinclair and Lee Skinner.

De'Mon Brooks of Davidson has been named Southern Conference Player of the Year by both the Coaches and Media for 13-14.

Isaiah Williams was named Freshman of the Year by the Media, while Tevon Saddler won the honor from the Coaches.