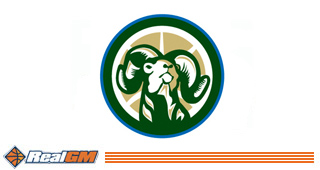 David Stockton signed a 10-day contract with the Sacramento Kings out of the D-League and here is a scouting report on his game:

Situation: With a hectic trade deadline on Thursday, Sacramento made a minimal splash by dealing Ramon Sessions for Andre Miller. With starting point guard Darren Collison out with a hip injury and Miller adjusting to a new system, the Kings plucked Stockton out of their D-League affiliate in Reno for a 10-day contract. The son of Hall of Fame point guard John Stockton, David is a pass-first floor general in his own right. He went undrafted out of Gonzaga, but played with the Phoenix Suns in the Las Vegas Summer League and spent training camp with the Washington Wizards. He’s been a standout and fan favorite with the Sacramento affiliated Reno Bighorns this season. It’s the second time Sacramento mined its D-League affiliate after signing Quincy Miller to a pair of 10-day deals.

Size/Athleticsim: Stockton isn’t the most impressive player coming off the bus, listed at just 5-foot-11, 165 pounds. He has a good wingspan for his size and solid quickness, but isn’t very explosive. Stockton didn’t receive the Call-Up because of his physical attributes.

Ballhandling: A crafty ballhandler, Stockton uses a quick crossover and effective in-and-out move to create space. He can change speeds well and attacks the rim out of the pick-and-roll.

Shooting: Stockton is a good shooter, connecting on 36.4% of his three-point attempts this season. He’s most effective from the wings, where he’s shooting 40.2% (43-107) from those spots behind the arc. Stockton hasn’t shown much of a mid-range game, shooting 17.4% (4-23) from 8-24 feet, but the system in Reno typically avoids those mid-range shots. He should be a respectable shooter in the NBA.

Penetration: While Stockton isn’t explosive off the dribble, he is quick and can beat his defender to get into the lane. He’s shown some floaters and scoop shots on the run to help mask his size, but can get his shot blocked going up against rim protectors. Stockton is shooting 54.8% within 8 feet, ranking within the D-League average.

Passing: Stockton ranks fourth in the D-League in assists per game, averaging 8.2 in Reno, although this number is slightly inflated due to the pace and quick shots taken by the Bighorns. Nonetheless, Stockton is a gifted passer with great vision and an unselfish demeanor. He pushes the ball in transition and makes the early pass up the floor.

Defense: Despite his skinny size, Stockton is a solid defender with a good wingspan. He’ll never be a standout in this area, but his toughness, quickness, and length should help him against NBA point guards. He may struggle against bigger, power guards.

Rebounding: Stockton contributes 3.6 rebounds per game in Reno. He shows good instincts and toughness on the glass, but will have a much tougher test against NBA big men.

Versatility: Stockton is a pure, pass-first point guard. He’ll be limited to the point guard spot.

Final Analysis: Although Stockton isn’t an ideal prospect physically, he has an elite feel and IQ for the game. After spending this season with Sacramento’s affiliate, he obviously made a strong enough impression to earn the NBA opportunity. He could see backup point guard duties immediately, depending on how long it takes Miller to officially suit up. Stockton will bring his quality ballhandling and passing ability to Sacramento.