Stats To Pick Apart The Bracket 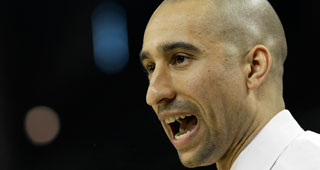 Quick note: Every year the committee picks out a team and leaves them out because of a weak NCSOS. This year the victim was SMU. And if you look at their team sheet, you can understand why. There simply are not very many games in the two left columns.

I do not have a lot of unique hints to help you pick your bracket. But reading the research other people have done on the topic, here are the most important factors:

OK, fine. There might be a couple of other things that matter a little:

4) The ability to create turnovers

This tends to matter because almost every team you face in the tournament is going to be good on offense and defense, and if you force turnovers, you can even score on a good defensive team. But relative to MOV, this is a very small factor.

5) Having a coach who knows how to win in March.

By now, you’ve probably seen lots of studies about Performance Against Seed Expectations (or PASE). The idea is to pick out coaches who exceed their typical NCAA seed. But I’m not a huge fan of that analysis because all it takes is one loss for a coach to completely blow his numbers. And the NCAA tournament is filled with small sample sizes.

Today, I’m going to present some numbers that offer an alternative measure. What I do is take each coach’s efficiency margin from November to February, and compare that to their efficiency margin in March. I include all March games, not just NCAA tournament games, so that I can do something with seasons when a coach does not make the NCAA tournament. For example, the table below gives Scott Drew credit for his team's NIT run last season.

Here are the coaches with efficiency margin improvements of more than 1.5 points late in the year:

Josh Pastner’s inclusion on this list is the most dubious. This is mostly about his team rolling teams in the CUSA tournament. But it is worth noting that his team lost a close game to a brutally under-seeded St. Louis team in 2012 and lost by two to Arizona in 2011. Pastner’s less than stellar NCAA record may not be completely representative of his team’s March performance.

Conversely, the following coaches have all seen their teams efficiency margin plummet by more than 1.5 points in March:

Mike Krzyzewski’s inclusion on this list is a bit misleading. His teams have not always under-performed in the tournament. The issue here is that Duke has historically been dominant in November and December, and has not quite kept that up later in the year.

Mick Cronin’s numbers are also a little misleading. Cronin didn’t win a game in March until his fourth season. He has been better in recent years and in the tournament.

But all of the other coaches on this list have had dominant stretches in the regular season that they have not been able to duplicate in March.

(I’m always puzzled by some of the above distinctions. Michigan and Wisconsin both have similar philosophies. Both avoid fouling and rarely turn the ball over. And yet John Beilein has had the magic touch in the NCAA tournament while Bo Ryan might be the best coach never to reach the Final Four.)

6) Teams that have under-achieved in the regular season are good upset picks.

Various folks have shown that the preseason AP poll still has predictive power at the end of the season. Thus your instincts are correct. Louisville is under-seeded due to few quality wins, but has the talent to win it all. Michigan St. when healthy, has the talent to win it all. And if Kentucky still has plenty of talent and upside, even if they haven’t always shown it.

Now, if you need some help on coin flip games, here are some totally useless facts:

Wichita St. hasn’t played many tournament teams, but they played well against Tennessee, St. Louis, BYU, and Tulsa, particularly given that only one of those games was at home.

It is a totally meaningless stat, but I am still amazed that Kansas has played 20 games against teams seeded 13 or higher in the NCAA tournament. The Jayhawks are the most battled tested team I have ever seen. In another totally meaningless stat, 16 seed Coastal Carolina has not played a team seeded better than 13th in the NCAA tournament all year.

The above table makes Iowa vs Tennessee seem like a compelling match-up. But the reason I am not buying it is the following:

Looking at uncapped opponent adjusted offense and defense in the last 10 games, Louisville has absolutely been crushing teams:

Before you get too excited about that last table, let me remind you that last year, late season performance was NOT a good predictor of NCAA tournament performance. Syracuse and Michigan both struggled in their last 10 games last season and then turned things around and made the Final Four. Still, when it comes to picking the coin flips, this is basically why I can’t pick Iowa and Connecticut with good conscience.

Finally, Tennessee is one of the biggest mysteries in this year’s field. At times they’ve looked great. They’ve blown out Virginia early in the year. And late in the year they blew out Missouri, Auburn, and Vanderbilt by such a large margin, that it seems like Tennessee has broken the computers. And yet this same team has a number of dubious losses. The real problem is the lack of a PG. Jordan McCrae has been the token ball-handler for most of the year. Darius Thompson is probably the most natural PG, but he is a freshman. And transfer Antonio Barton, expected to be the PG at the beginning of the year has struggled in that role. With the right match-up, Tennessee rolls teams. But in close games, the lack of a solid distributor makes it very difficult to win.