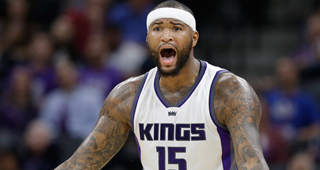 Krzyzewski coached Cousins on the 2014 and 2016 United States' teams.

"For him to come back and still want it, it said a lot about how much he wanted to do it," Krzyzewski told Calipari. "He came through for us big time. He's tough as hell. He is so damn talented. I don't think he has a position. You can't call him a 5 or a 4. Just call him a great player."

Cousins most recently was involved with an off the court incident at a New York nightclub with Matt Barnes and also confronted a Sacramento columnist.