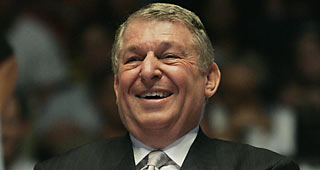 Jerry Colangelo expects there will be comparisons next summer between the Dream Team and the 2012 Olympic basketball team.

He says to bring them on.

"I think it will be a fair comparison with the Dream Team," Colangelo said. "Look at the progress our players have made since (winning Olympic gold in) 2008. We have some of the greatest players of all time.

"You're hearing Kobe (Bryant) right up there with the greatest of all time. Dwayne Wade and LeBron (James) are right up there. You've got to add up the names, and you look at the young guys like (Kevin) Durant as an example and (Derrick) Rose as an example. There's so many. There's only been one Dream Team, and that's the way I think it should be. But there's no question our team will be much stronger than we had in 2008. They're more mature, more experienced and we've got more talent." 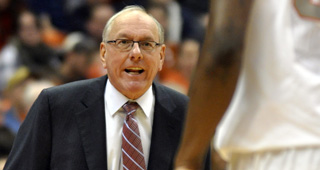 Jerry Colangelo, who is the chair of USA basketball’s board of directors and the essential general manager of the USA national team, said the current crisis at Syracuse will have no bearing on Jim Boeheim being the top USA Olympic assistant to Duke coach Mike Krzyzewski for the 2012 Olympics in London.

“I am following the story just as everyone else is,’’ Colangelo said. “He’s a personal friend and a terrific individual. He’s part of USA basketball and from what I know at this point, I think he’ll be fine. The university is standing behind him. It has no impact on USA basketball. We’ll continue to monitor everything coming down the pike here.’’