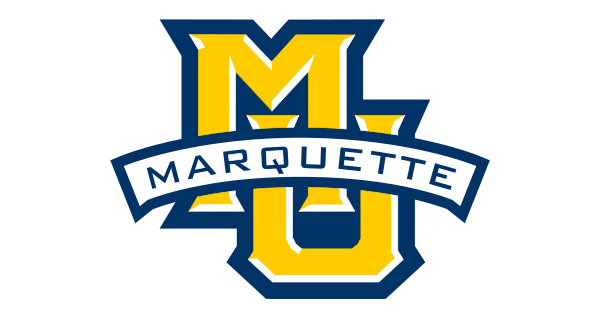 Brendan Bailey announced that he will forgo the final two years of eligibility at Marquette and turn pro.

Bailey entered the upcoming NBA Draft, but had the option to return to college.

"This has always been a dream of mine, and Marquette has helped prepare me to make this dream a reality," said Bailey in a statement issued by Marquette.

Knicks executives believe that Ball has one of the higher-upsides in the draft.

Leon Rose briefly worked with the Ball's older brothers when they were signed to Creative Artists Agency.

The NBA draft lottery process is expected to look the same as last year even if the season were to end in an incomplete manner.

League executives brought up several reasons as to why there would be no changes to the draft lottery this season, including that every team has played more than 75% of its season.

Under the new lottery system, implemented last year, teams with the worst three records have a 14% chance at getting the top pick. The percentages also give teams from the fourth through 13th pick an increased chance of moving up in the draft. 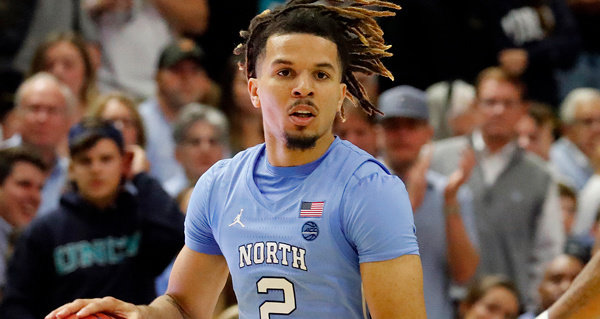 Cole Anthony has been "scouted extensively" by the New York Knicks, an NCAA source told Ian Begley of SNY.

"New York has done their homework on Cole," according to the source.

Anthony previously stated that he was a fan of the Knicks, and that "it would be pretty cool" to get drafted by the team.

The NBA is expected to move the 2020 NBA Draft to August or September.

“The NCAA’s deadline for men’s basketball student-athletes to withdraw from the NBA draft and retain their eligibility will be pushed back from the current June 3 date," said NCAA SVP of Basketball Dan Gavitt. "This modification is being made with the health and well-being of our student-athletes in mind, along with their ability to make the most informed decisions during this uncertain time, and is based on the recent announcement by the NBA to postpone the 2020 NBA Draft Combine. Out of respect to the NBA’s process, the decision on a new withdrawal date will be made once the league has determined a timeline for the 2020 pre-draft process. Working in collaboration with National Association of Basketball Coaches Executive Director Jim Haney and the rest of the coaches’ leadership, the NCAA membership will ensure that any change supports a player’s decision-making process related to professional opportunities while also protecting their academic pursuits and the opportunity to play college basketball.” 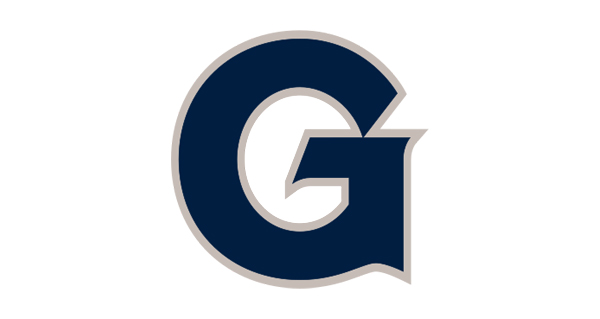 Mac McClung has requested to enter the transfer portal to leave Georgetown. McClung also withdrew his name from the NBA Draft. McClung will file a waiver to play immediately.

"It was a number of different events that made me feel I had no choice but to transfer from Georgetown," McClung told ESPN. "I really wanted to stay, but things throughout my career made me realize that I couldn't.

"I'm looking for a place I can call home. A place I can be a part of a family and help them succeed."

McClung was in the midst of a breakout sophomore season, averaging 15.7 points, 2.4 assists and 1.4 steals in 27 minutes per game, before a foot injury derailed his season after just 21 games.

Patrick Ewing, appearing on a podcast with Andy Katz on May 5, said McClung would be returning to Georgetown for his junior year. Hazan said McClung never informed Ewing of such and was blindsided to see reports of him withdrawing from the NBA draft made public while he was in the midst of navigating the pre-draft process.

"The podcast with Andy Katz was not the deciding factor to my decision to transfer," McClung said. "I think it affected my pre-draft process, and seemed to confuse a lot of teams."

Leading up to the 2017 NBA Draft, Jayson Tatum wanted to be drafted by the Phoenix Suns.

Tatum knew Markelle Fultz and Lonzo Ball would be the first two picks, and he hoped he'd fall to the Suns at No. 4 after the Boston Celtics traded down from No. 1 to No. 3. Earl Watson was pushing for the Suns to do whatever was necessary to draft Tatum while Robert Sarver preferred Josh Jackson.

Tatum's agent, Jeff Wechsler, called him about setting up a second workout with the Celtics. Tatum wasn't budging when Wechsler tried to sell him on Boston.

It took Mike Krzyzewski to sell Tatum on Brad Stevens and the Celtics before he agreed to the workout.

“When I finally heard my name called it was by far the best day of my life because it was what I’d been working for, for 16 years,” Tatum said. “But there was a part of me that didn’t really want to go to Boston because they just were the No. 1 team in the East. They had Isaiah Thomas, Al Horford, (Marcus) Smart, (Jaylen Brown), Jae Crowder. I was like, man, I’m not going to play. I’m trying to get buckets. But everything worked out.”

“I was pushing Tatum,” Watson said. “Like, we had to move up for Tatum, we had to get Tatum. And ownership chose Josh Jackson. … I knew the two players were dynamically different, but my vision was what’s the best fit for Devin Booker. Booker and Tatum, I think a combination like that right now would have been completely different than anything in the NBA at that age.” 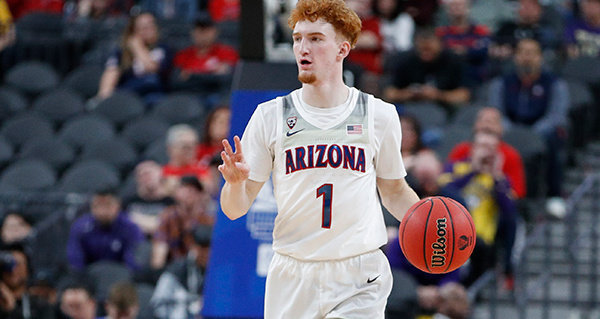 Tre Jones, Jaden McDaniels, and Nico Mannion will remain in the upcoming NBA Draft after signing with BDA Sports.

Mannion is the highest rated prospect out of the group according to ESPN, ranked No. 18 in their Top 100 prospects list.

The NBA has sent ballots to teams to vote on the prospects who will receive invites for the 2020 Draft Combine. The combine, however, has been postponed indefinitely.

The league office is evaluating possible dates for the Combine as well as the potential for a virtual version.

Prospects are measured at the combine in a number of categories and also meet with teams for interviews.

Agents are also being told that there could be a small scale combine in August, complete with a live interview process.

The draft lottery currently remains postponed, with the league keeping their options on how to proceed with the season open into June.

RJ Hampton Reportedly 'Under Consideration' By Knicks In Upcoming Draft

NBA Draft Expected To Take Place In Either August Or September

Cade Cunningham, Jalen Green Likely Would Have Been Top Picks In 2020 Draft