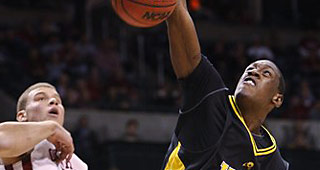 He played three seasons for Virginia Commonwealth University, and averaged 10.3 points, 7.7 rebounds and 2.7 blocked shots per game while shooting 52.0 percent from the field over his college career.