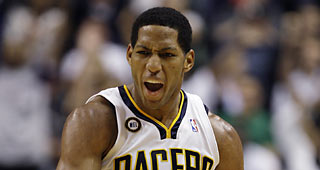 Indiana has gone 7-3 under Vogel since Jim O'Brien was fired in late January.

In their last six games, the Pacers yielded an average of 107.8 points on 47.4 percent shooting.

"I knew the risk of restructuring our offense and neglecting the defensive work that we needed to be a good defensive team and I knew it was going to bite us sometime," Vogel said. "… We just aren’t as tied together defensively as we need to be right now and that is on me and part of the process.

"Defense involves repetition and hard (work) and most of our practices have been restructuring our offense and working on reads and becoming a more efficient team. I understood there was going some slippage on the defensive end."