Kobe Admits He'd Be Too Impatient To Own NBA Team 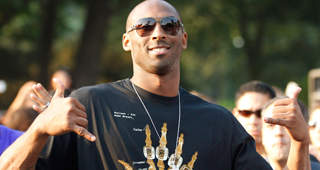 Kobe Bryant wants to remain around the game of basketball, but doesn't foresee himself becoming an NBA owner like Michael Jordan.

“I don’t know if ownership is really the right thing for me,” Bryant told Bloomberg News in a video interview. “I’d go crazy. If a player misses a game because he has a broken fingernail, I’d lose my mind. I wouldn’t be able to take it.”

Bryant plans to retire within the next few seasons.

“Especially now at this stage of my career, you see the light at the end of the tunnel, you feel a sense of pride, I’ve played for this organization but I want to see this organization be successful when I’m gone. It’s about helping them and doing whatever I can to help them set themselves up for the next generation.”