D'Antoni: Lakers 'Don't Have To Be One-Player Dominant' 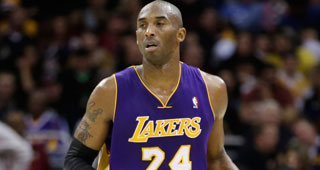 In their 113-102 win over the Sacramento Kings on Sunday, the Los Angeles Lakers had six players in double figures and 28 assists as a team. Antawn Jamison and Metta World Peace scored 27 and 22 points each, while Steve Nash and Steve Blake combined for 20 assists.

All of that transpired without Kobe Bryant, who is out indefinitely due to a severe ankle sprain.

Mike D'Antoni believes the Lakers should not have to be reliant on Bryant to play one-on-one basketball when he returns, because they have proven to be much more balanced playing together and sharing the ball.

"We don't have to be one-player dominant," D'Antoni said. "The ball has to move, and when it does, we're really good."