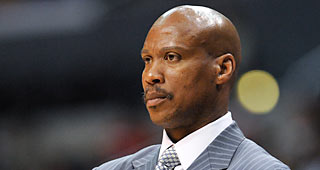 "The interview went very well," according to one executive.

The Clippers are expected to interview Lionel Hollins and Nate McMillan on Wednesday and Thursday, respectively.