Nash: Vince Carter's Impact On Canadian Basketball Has Been Underestimated 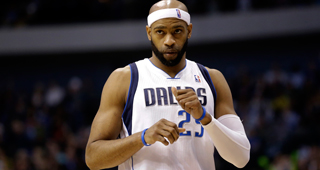 Steve Nash is general manager of the Canadian national basketball team and recently wrote a special piece on ESPN about the very promising state of the country's basketball talent.

Anthony Bennett was the first overall pick of the 2013 NBA Draft, joining fellow Canadian Tristan Thompson on the Cleveland Cavaliers.

Andrew Wiggins, meanwhile, is the most highly celebrated player coming out of high school since LeBron James in 2003.

Nash was raised in British Columbia.

"Right now interest and participation in the game in Canada is at an all-time high. While my friends and I grew up watching the NBA like a lot of Canadians, the arrival of the Toronto Raptors and the Vancouver Grizzlies brought the NBA and the game of basketball into more households across the country exponentially and with a new intimacy. The sport's visibility exploded, and with it so did interest, excitement and participation.

"For six and a half years, much of Canada's young talent watched and fell in love with a flamboyant, human highlight film named Vince Carter. He inspired them nightly while playing for the home team Raptors. I think Vince's presence in our country shouldn't be underestimated. His charisma was incredibly powerful in attracting a Canadian audience to the game of basketball for a memorable period of time. More and more kids play basketball every year in Canada, and I think the NBA's arrival played a pivotal role in the game's growth."