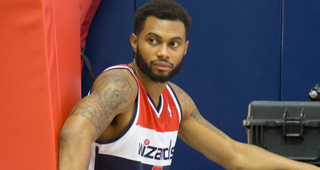 After parting with the Israeli club Maccabi Ashdod, Xavier Silas is returning to the States and surveying the free agent market in hopes of signing with an NBA team, a league source told RealGM.

Silas went to training camp with the Washington Wizards in October, averaging four points in three preseason games. He was released on Oct. 24 and signed a deal in Israel, where he averaged 16.4 points and three rebounds in nine games.

Out of Northern Illinois as an undrafted rookie, Silas, 25, played two games with the Philadelphia 76ers in 2011-12.

A 6-foot-5 shooting guard, Silas scored 5.5 points per game in his one NBA season and played for the 76ers and Milwaukee Bucks in the Summer League over the past two years.