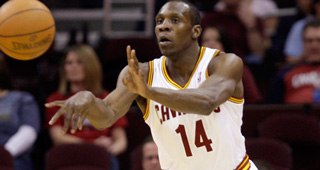 Fresh off becoming the Most Valuable Player of the Chinese Basketball Association, Lester Hudson has scheduled mini-camp workouts with NBA teams – including the Indiana Pacers – to compete for a possible free agent deal, league sources told RealGM.

Hudson, a 6-foot-3 combo guard, averaged 26 points, 7.8 rebounds and 4.9 assists per game this season and led Xinjiang of China to the championship game. After the season, Hudson was awarded with MVP honors.

Hudson played with the Los Angeles Lakers’ summer league team a year ago in Las Vegas and went to training camp with the Utah Jazz.

Hudson will participate in NBA workouts over the next month, with the Pacers as an intrigued suitor.

After his senior season at the University of Tennessee-Martin, Hudson was selected with the No. 58 pick by the Boston Celtics in the 2009 NBA draft. He allocated to three other franchises in his three NBA seasons – featuring a prominent stretch with the Cleveland Cavaliers when he averaged 12.7 points and 3.5 rebounds in 2012.