Terrence Williams Works Out For Kings Again For Potential Signing 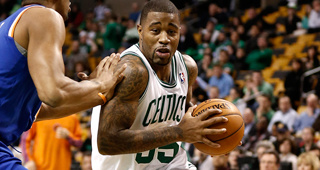 With an opportunity to sign, free agent Terrence Williams worked out for the Sacramento Kings on Monday for the second time since July, league sources told RealGM.

Williams, the No. 11 overall pick in the 2009 NBA Draft out of Louisville, has reshaped his professionalism and maturity over the past several years, longing to reprove and commit himself in the NBA.

With the Kings’ inconsistent wing performances at times in the preseason, Williams could prove to be the most ideal fit for the franchise’s roster among the free-agent pool. At 14 players, Sacramento has one roster spot open.

Williams, 27, spent most of last season in the NBA D-League with the Los Angeles D-Fenders. He averaged 20.5 points, 6.4 assists and five rebounds in 32 games, including the D-Fenders single-game record of 59 points.

After leaving the NBA to sign in the Chinese Basketball Association in 2012, Williams received an opportunity with the Boston Celtics and earned a multi-year contract. He averaged nearly five points, two rebounds and two assists in 2013, and became a contributor in Doc Rivers’ rotation late in the season

Amid his early years with the Nets, successful stop in Sacramento and recent season with the Celtics, Williams refined his work ethic and became one of Boston's most diligent workers. The Celtics released Williams in the summer of 2013 because of an off-court court charge that was later dismissed as self-defense.