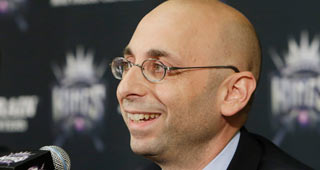 The Sacramento Kings want Goran Dragic "bad", according to a source.

The Kings could move Nik Stauskas and Jason Thompson in order to create max contract space to sign Dragic in the offseason.

Dragic has told the Phoenix Suns that he doesn't plan on re-signing in hte offseason.

The Kings hired George Karl this week as head coach.