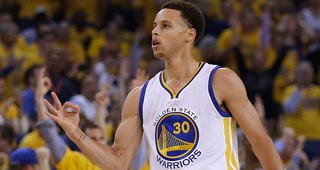 Stephen Curry and Draymond Green became the first players to have a plus/minus over 1,000 for a single season since the NBA began counting the stat in 1997.