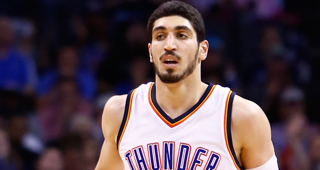 The Thunder and Kanter are expected to discuss three- and four-year contract sheets that could reach maximum-level money with incentives, sources told RealGM.

For the organization and Kanter, a restricted free agent, there will be an early window in free agency to reach an agreement before one of the top five available big men pursues larger offers elsewhere.

Oklahoma City has made clear that its main priority in July will be Kanter, a skilled, 6-foot-11 center who averaged 18.7 points, 11 rebounds and 55 percent shooting from the field in 26 games for the Thunder last season. At 23, Kanter gives the Thunder an agile offensive player with the ability to finish inside, hit jumpers and free throws and develop alongside Kevin Durant, Russell Westbrook and Serge Ibaka.

Nevertheless, several NBA teams will pursue Kanter, including potentially the Dallas Mavericks, sources said. The Milwaukee Bucks' developing, potential interest in Kanter will be interesting to follow, given their needs and his averages against their franchise over the past three seasons: 19.2 points and 10 rebounds per game.

Kanter has spent the offseason training in Chicago.

The third overall pick in the 2011 NBA draft, Kanter played his first three-plus season with the Utah Jazz, averaging 13.8 points and 7.8 rebounds before his trade to the Thunder.