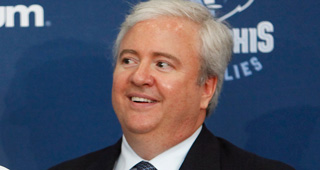 Deyonta Davis has agreed upon a fully guaranteed three-year, $4 million deal with the Memphis Grizzlies.

Davis' deal is the richest ever for an American-born second round pick. The deal allows Memphis to retain his Bird rights and eliminate the Arena provision, leaving him with no restrictions on how much he can earn on a second deal.

Davis’ deal exceeds the guaranteed slotted salary of the 16th pick in the draft.