Anthony Morrow Will Stop Wearing Derrick Rose's No. 1 After Criticism From Fans 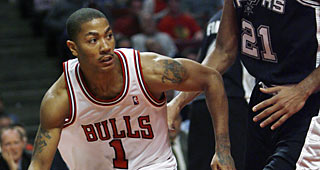 Anthony Morrow will choose a new number with the Chicago Bulls after he received criticism from fans for wearing Derrick Rose's No. 1.

Michael Carter-Williams also wore No. 1 earlier in the season but then switched to No. 7 after dealing with angry comments from fans.

Morrow had no idea about the outcry from some fans regarding the jersey number until he was told about the situation from assembled media members in the locker room.