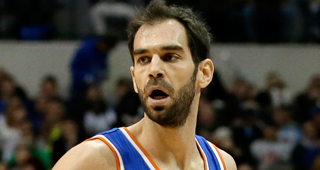 The Golden State Warriors are strong favorites to sign Jose Calderon if he's bought out by the Los Angeles Lakers.

“It’ll be a point guard,” Steve Kerr said. “We think we have something in place, but it’s not finalized. Got to wait until it’s official.”

Calderon only appeared in 24 games this season, starting 11, and only averaging 3.3 points per game with the Lakers.