Playoffs Could Have Fewest Games In Expanded Format Era, Bring Down Cap 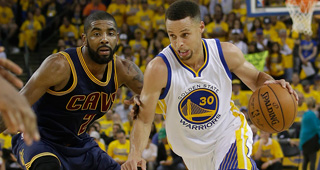 The 2017 NBA Playoffs will have one of the fewest number of game since the first round was expanded from a five-game series to a seven-game series in 2003.

Depending on the length of The Finals between the Golden State Warriors and Cleveland Cavaliers, there will be anywhere between 78 games and 81 games.

If only 78 games are played, it will be the shortest playoffs of the era, while 81 games would be tied for second shortest.

With fewer games, the NBA will have less revenue from gate receipts and that will likely bring the cap down further from the current projection of $101 million.

The Warriors have had the highest per game gate receipts in the playoffs over the past three seasons and have only played six home games heading into The Finals. In 2016, they played 10 home games with the first two series going five games and the Western Conference Finals going seven.