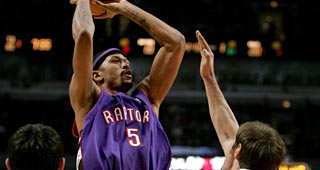 Michelle Beadle and Jalen Rose will continue to appear on NBA Countdown while also joining Mike Greenberg on ESPN's new morning show called 'Get Up!'

The pair will be two of ESPN's highest paid employees with Beadle earning $5 million per year while Rose earns $3 million, according to sources. Greenberg's new salary is $6.5 million per year.

Beadle returned to ESPN in 2014 after a brief stint at NBC while Rose joined ESPN in 2007.