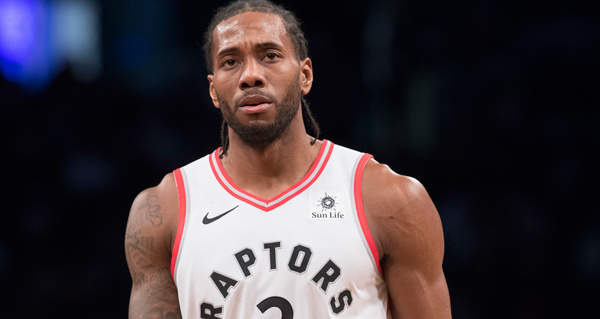 The Toronto Raptors appear to have improved their odds of re-signing Kawhi Leonard as the season has progressed. Leonard appeared to prefer a trade to either the Los Angeles Clippers or Los Angeles Lakers last offseason before he was dealt to the Raptors. Since then, Leonard has been more strongly connected to the Clippers.

"Kawhi Leonard just felt all along, it was going to take the full year to sell him on Toronto," said Wojnarowski. "It wasn't going to be done in training camp or by Christmas or by the trade deadline. But I do think they've made progress with him. I do think they've made pretty good progress with him from the sense I have. They put themselves in it. And when Kawhi showed up there, I'm not sure he imagined any future in Toronto. I do think it's a serious consideration now.

"Certainly the winning and development of (Pascal) Siakam. I think he's built a good relationship with Kyle Lowry. Neither one is easy to get close to. Two guys who don't let a lot of people in and then you put them together, right?

"And Nick Nurse has grown this year as he's gone.

"I think the Kawhi thing is getting really interesting there. For them to just get through this series and get to a Conference Final, every day is the case you're making. And, oh by the way, 'we can pay you more than anybody else. If you want to be in L.A. and you want to live there in the offseason, there's only so many days you really have to be in Toronto in the snow. You can get out of here. You're on the road half the time. The rest of the year, you can get out of here and go in L.A. and be in California.'