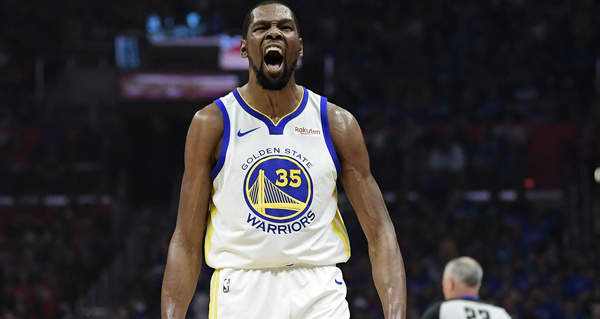 Kevin Durant essentially stopped talking to his Golden State Warriors' teammates at a certain point in his final season with the franchise.

"There was a point with Kevin Durant when he just stopped talking to his teammates," Haynes said during an appearance on Fox Sports' 'The Herd with Colin Cowherd.' "He was really on an island and didn't have somebody that he was close with on that team. The only person he was close with was Quinn Cook, because they're from the same area. But Quinn is a younger guy that doesn't have much clout within the franchise."

Hayes didn't specify when the change occurred but it did happen at some point after Durant's confrontation with Draymond Green in November.

"After the Draymond stuff went down and then the New York Knicks chatter started going haywire, Durant just stopped talking," Haynes said. "He felt like if he said something, it would give a lot of credence to people saying he's only thinking about free agency. You would see Durant leaving the arena by himself and entering the arena by himself and really not speaking to anyone."

The conventional wisdom throughout the season was Durant planned on leaving.

"There were a lot of things going on and you could tell everybody knew the writing was on the wall early on that it was going to be his last season on the Warriors," Haynes said.