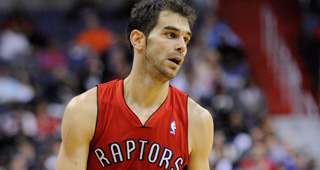 Jose Calderon has announced his retirement as a player from the NBA and has joined the NBPA as a Special Assistant.

The position is newly formed and a season-long position that both the union and Calderon hope will become a recurring role.

“This is the Players Association," said Calderon. "It’s kind of silly that it’s being run in large part by a bunch of lawyers and people with master’s degrees. I’m in regular contact with players, but it’s nice to have a body here so that I’m not calling a player who is in the middle of his game day nap or talking to someone who is so removed from the game that maybe their perspective is a little bit dated.”