Paul George Hints He's Not The One To Boo In Indiana 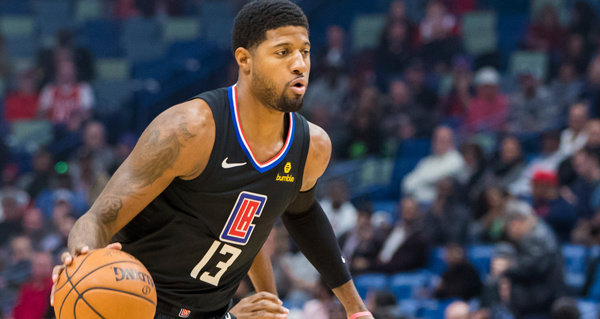 Paul George was booed whenever he touched the ball in his third return trip to play the Indiana Pacers on Monday.

George said he wasn't surprised by the reaction and said one day he will tell his side of the story leading to his trade request in 2017.

"You know, someday I'll do a tell-all and tell the leading events of how I left Indiana," George said. "And I promise you, I'm not the one to boo."

"... I'm not gonna share the teaser," George later added. "... I like being the villain. I'm here two nights out of the year. The people they should boo is here a lot longer than I am."

George refused to elaborate on whom he was talking about, but he did say he wouldn't speak negatively about Kevin Pritchard.

"You're getting close to trying to get this story out, aren't you?" George asked. "... I'm not going to bad-mouth KP. That's just Kevin's side of the story."