Kobe Bryant Among Those Killed In Helicopter Crash 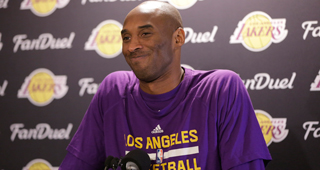 Kobe Bryant died on Sunday afternoon in a helicopter crash in Los Angeles, sources have confirmed.

Bryant, 41, was among at nine people traveling in his private helicopter over Calabasas when a fire broke out. Bryant's daughter, Gianna Bryant, was also on the plane and died in the crash. Bryant and his daughter were on their way to a basketball tournament in Thousand Oaks.

The cause of the crash was unknown.

The NBA continued its Sunday schedule as planned with teams running 24 seconds off the clock on their first two possessions in tribute to Bryant.