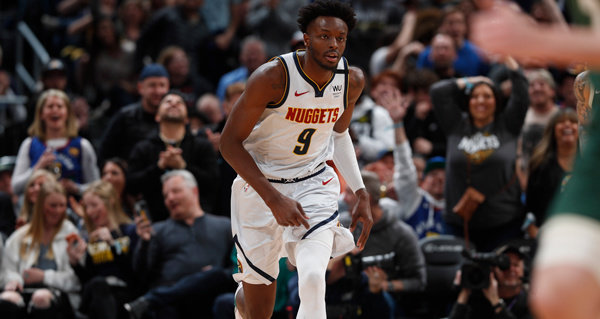 Jerami Grant has a $9.3 million player option for the 20-21 season with the Denver Nuggets that he revealed he expects to decline to become a free agent.

Grant was asked how the suspension of the NBA season due to COVID-19 might impact his free agency decision.

“A hundred percent, a hundred percent, I’m not going to sit up here and lie," said Grant. "Being a potential free agent, I gotta play offense. So being a potential free agent this upcoming summer… me playing to the level I’ve been playing has surprised a lot of people… I definitely think about trying to figure out what I’m going to do next season, whether it’s come back or not.

It’s tough though… It’s tough with all this going on. It’s hard to even gauge what’s going on. The salary cap might drop… It might drop a lot, it might drop a little bit. So I think everything just kind of hangs in the balance of what the owners want to do, what the NBA’s doing, with the rest of the season.”

Grant signed a three-year, $27.3 million contract with the Oklahoma City Thunder in 2018.

“I’m definitely not leaning towards picking up the player option," said Grant to Chris Haynes. "Like you said, I feel like I definitely outplayed the $9 million that I’m making each year right now. But at the same time… I’d love to come to a conclusion or something like that with Denver, it just depends what we discuss and negotiate when the time comes.”