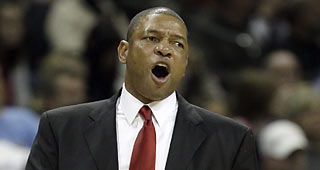 While the Los Angeles Clippers announced the departure of Doc Rivers as a "mutual decision," sources tell the Los Angeles Times that Rivers was surprised the franchise wanted to move on.

Rivers had at least some support internally despite blowing a 3-1 lead to the Denver Nuggets in the second round of the playoffs.

Rivers became head coach of the Clippers in 2013.