Gordon Hayward 'Fully Focused' On Ending Up With Pacers 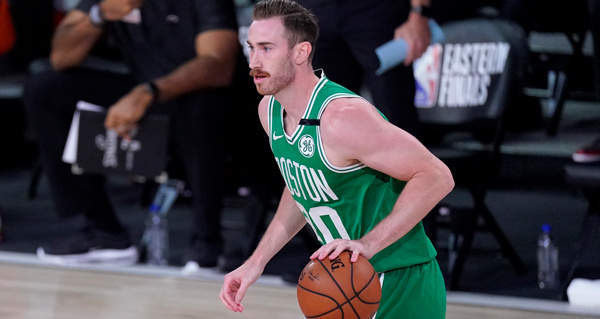 Gordon Hayward is "fully focused" on joining the Indiana Pacers on a sign-and-trade, sources tell Shams Charania of The Athletic.

Hayward's desire has grown to return to Indiana over the last few weeks and that's his "preferred destination."

Hayward could also conceivably re-sign with the Boston Celtics, while the Charlotte Hornets will also be interested in signing him. For Hayward to end up with the Pacers, the Celtics would have to facilitate a sign-and-trade.

Hayward declined his $34 million player option with the Celtics this week.

Gary Washburn of the Boston Globe reports the Pacers are offering Myles Turner and Doug McDermott for Hayward, while the Celtics are seeking Turner and either T.J. Warren or Victor Oladipo.