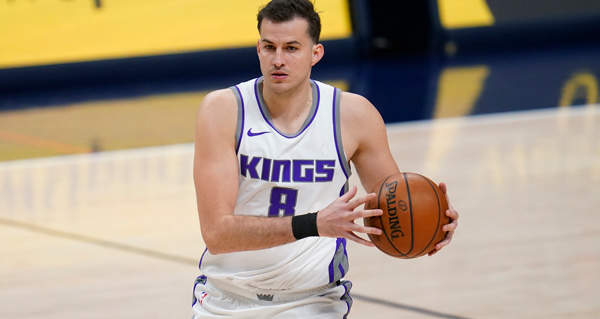 Nemanja Bjelica is in the final season of a three-year, $20.5 million contract with the Sacramento Kings, but he's been dropped from Luke Walton's rotation.

"That is for sure going to happen," said Zach Lowe of a possible Bjelica trade on his podcast published Wednesday. "That's clearly a 'We're just going to probably put on ice until we trade you' kind of thing."

Jason Anderson of the Sacramento Bee also indicated a trade of Bjelica will likely occur at some point.

"This has been the subject of some confusion and a little mystery, but the bottom line is Bjelica would welcome a trade and the Kings are quietly working on it," wrote Anderson. "League sources tell The Sacramento Bee the Kings explored trade possibilities involving Bjelica around the time of the NBA Draft in November and will continue to work through their options leading up to the March 25 trade deadline.

"Bjelica hasn’t appeared in a game since Jan. 9. His 10-game absence started as a coach’s decision, then was described as being due to personal reasons and then was attributed to back spasms. Sources with knowledge of the situation told The Bee there was no personal issue for Bjelica. Playing time, however, was an issue."