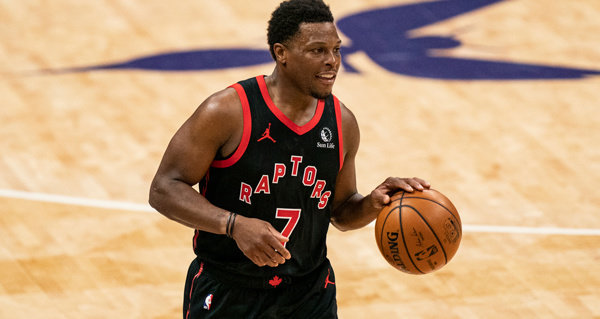 Kyle Lowry will be a free agent this offseason and his future with the Toronto Raptors is incredibly uncertain after he was nearly traded at the deadline.

“Money talks, and years talk, and all that stuff,” Lowry said Tuesday. “Let’s be real. I play this game for the love of the game, but at the end of the day, I want to make sure my family is still taken care of for generations and the time to come. Even though they are now, I wanna continue to be able to do that for my family, and when I pass away, (their families). And then (I want to) be able to give back to the communities that I support and give back to the things that I love, and to continue to build my brand as an ownership-type person, entrepreneurship-type things.”

The Miami Heat, Dallas Mavericks and New York Knicks are likely the only three teams with the requisite cap space and roster fit to sign Lowry outright.

“I think the organization, the team, is still there,” Lowry said. “It still can play at a championship level. It needs to add a couple of pieces here and there, but with the leadership and the coaching staff and the players that the team has, it’s not far off. And there’s only one champion. Every year there’s only one champion. Only one team can get to that level and I think the leadership of the organization and the players, they’re in good hands.”