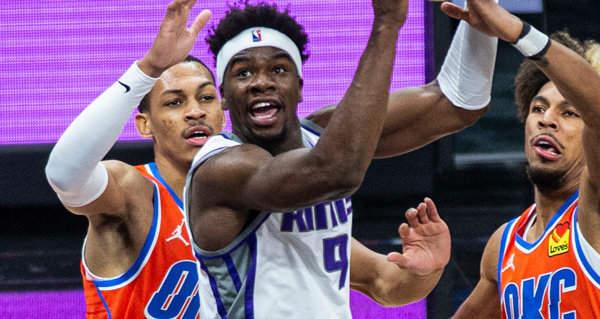 Terence Davis has agreed to a two-year deal with the Sacramento Kings.

The deal is guaranteed for Davis.

Davis averaged 11.1 points, 3.3 rebounds and 1.7 assists in 21.5 minutes over 27 games with the Kings last season. The Toronto Raptors traded Davis to the Kings for a second round pick.

Michael Scotto of HoopsHype reports that the Davis deal is worth $8 million over two years.