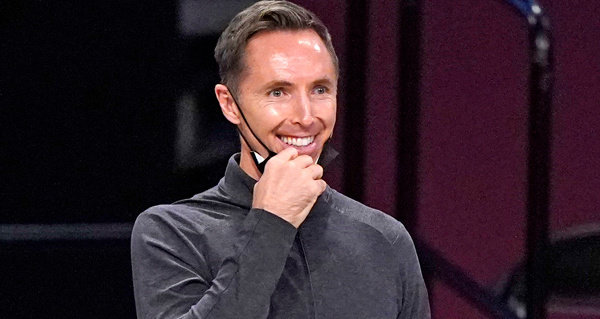 Brooklyn Nets head coach Steve Nash said he does keep in touch with Kyrie Irving. However, Nash said he and the exiled guard don't really talk about basketball.

Due to a New York City mandate that resident performers must be vaccinated to enter large indoor venues, Irving has not played in a game this season. Irving has been outspoken that vaccination statuses are a personal and private decision. There was a point where it looked like the Nets star would join the team for road games, but Brooklyn shut that down before the season started.

Despite Irving's absence, Nash described his team as "loaded". Nash also said Kevin Durant has equaled his playing form from before his Achilles' tear.