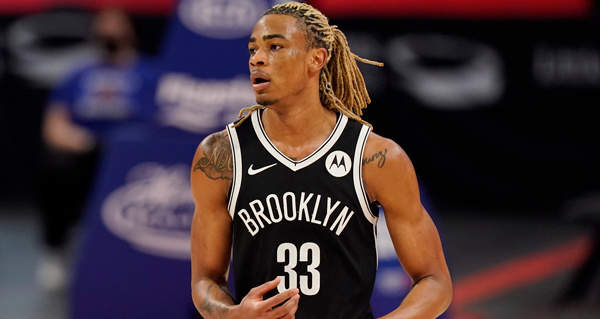 The Brooklyn Nets have tested the trade market for Nic Claxton.

"You mentioned Day'Ron Sharpe, so there's been some chatter through a couple of teams I've talked to that the Nets have dipped their toe into the trade market for Nic Claxton," said Brian Windhorst on his podcast. "In other words, maybe thinking about trading him.

"When I say this, I know I'll get aggregated for saying it but I know this would surprise some people because they'd say 'This guy is really valuable defensively. He's very active.'

"He's been out recently with a hamstring injury, but he's a free agent [this offseason]."

Sharpe has played solid minutes for the Nets at center, which could make losing Claxton more manageable for the team.

Windhorst closed his report by indicating that it was a "feeling out of the market" for Claxton.