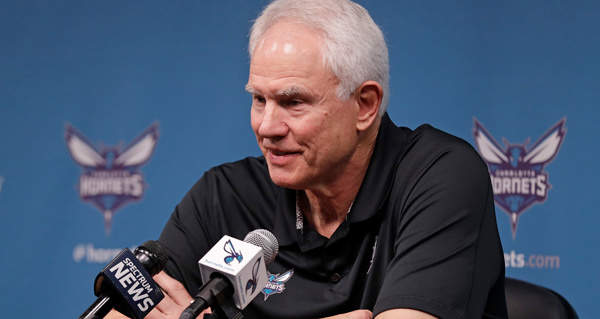 The future of Mitch Kupchak as general manager of the Charlotte Hornets is uncertain.

Kupchak was on the same contract length as James Borrego, but he has not signed an extension unlike the head coach.

Word of a potential departure or transition to an advisory role for Kupchak has been around for a few seasons, but there seems to be more credence to the scenario.

Two of the most commonly discussed names to replace Kupchak are Buzz Peterson and Marc Eversley. Peterson was a college roommate of Michael Jordan at North Carolina in the early 1980s. Eversley worked for Nike before working in NBA front offices.

The Hornets are in the play-in for the second straight season.