Dorian Finney-Smith After Hitting 8 3s In Game 4 Win: 'They're Telling Me To Shoot It' 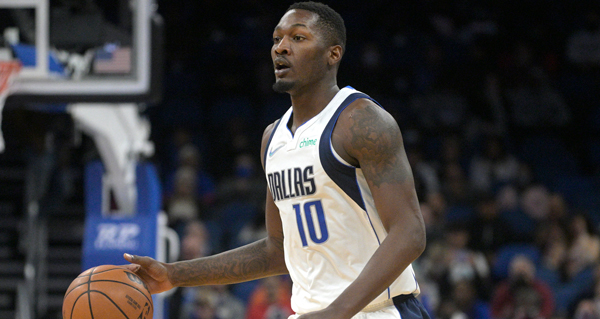 Dorian Finney-Smith went 8-of-12 from three to help the Dallas Mavericks beat the Phoenix Suns 111-104 in Game 4.

Finney-Smith contrasted his approach under Jason Kidd as opposed to Rick Carlisle, saying that "now, they're telling me shoot it as soon as I get a good look."

Finney-Smith was one 3 short of tying Jason Terry's record for most 3s in a playoff game.

Monty Williams said that the Suns have to start respecting Finney-Smith's shot.

"We got to respect Finney-Smith more than we have," said Williams. "He's affecting the game on the offensive glass, and now he's shooting the ball well."

Luka Doncic chose to emphasis the defensive end, saying that it was the difference in evening the series.

"I don't think the offense was the problem in any of these games," said Doncic, who finished with 26 points. "If we play defense, we're a dangerous team."