Mark Cuban: We Can Pay Jalen Brunson More Than Anybody, I Think He Wants To Stay 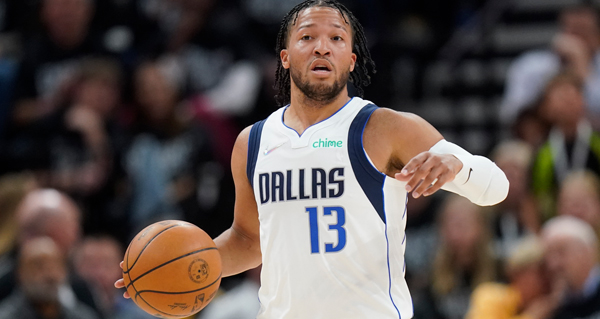 After the Dallas Mavericks were eliminated from the playoffs in Game 5 of the Western Conference Finals, Mark Cuban was asked about the free agency of Jalen Brunson. Brunson emerged as a proven playoff performer, particularly in the first round against the Utah Jazz when Luka Doncic was injured.

"We can pay him more than anybody," said Cuban. "I think he wants to stay and that's most important."

Brunson will be an unrestricted free agent after the Mavericks decided not to offer him a four-year, $55.5 million extension. Brunson will certainly receive a salary far higher than that total once he reaches the open market.

The Mavericks resisted trade offers for Brunson at the deadline in hopes of keeping him long-term.