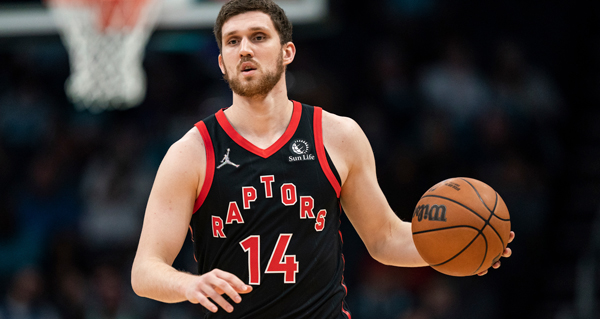 The Toronto Raptors have waived Svi Mykhailiuk. Toronto will take on $1,878,720 in dead money for the 2022-23 season if Mykhailiuk is not claimed off waivers.

Mykhailiuk appeared in 56 games in his lone season with the Raptors. He averaged 4.5 points in 12.8 minutes per game.

In addition to Toronto, Mykhailiuk has played for the Los Angeles Lakers, Detroit Pistons and Oklahoma City Thunder during his four-year NBA career. For his career, Mykhailiuk has averaged 6.6 points per game on 35.3% three-point shooting.